A new coat for Michaelmas

Today is the feast of St. Michael the Archangel - or Michaelmas, if you prefer the more antiquated term.

St. Michael is the patron and protector of the Archdiocese of Toronto, as well as grocers, mariners, police and paratroopers.

Michael led the army of angels against Satan in the battle for heaven. In Hebrew, Micha'el means "Who is like God?".  The name was the war cry of the good angels - a rhetorical question demanded scornfully of Lucifer and his fallen angels. The motto of the Archdiocese of Toronto is Quis ut Deus, which is Latin for "Who is like God?"

Our patron saint has been represented on both renditions of the archdiocesan coat of arms. In 1935, Archbishop of Toronto James McGuigan formalized the first corporate crest, which included the golden wings of the archangel.

From the archives, this undated document gives the official description of the coat of arms that appears on the old letterhead.


In the archives, we also store the (very heavy) metal shield that used to grace the entrance of the former chancery building: 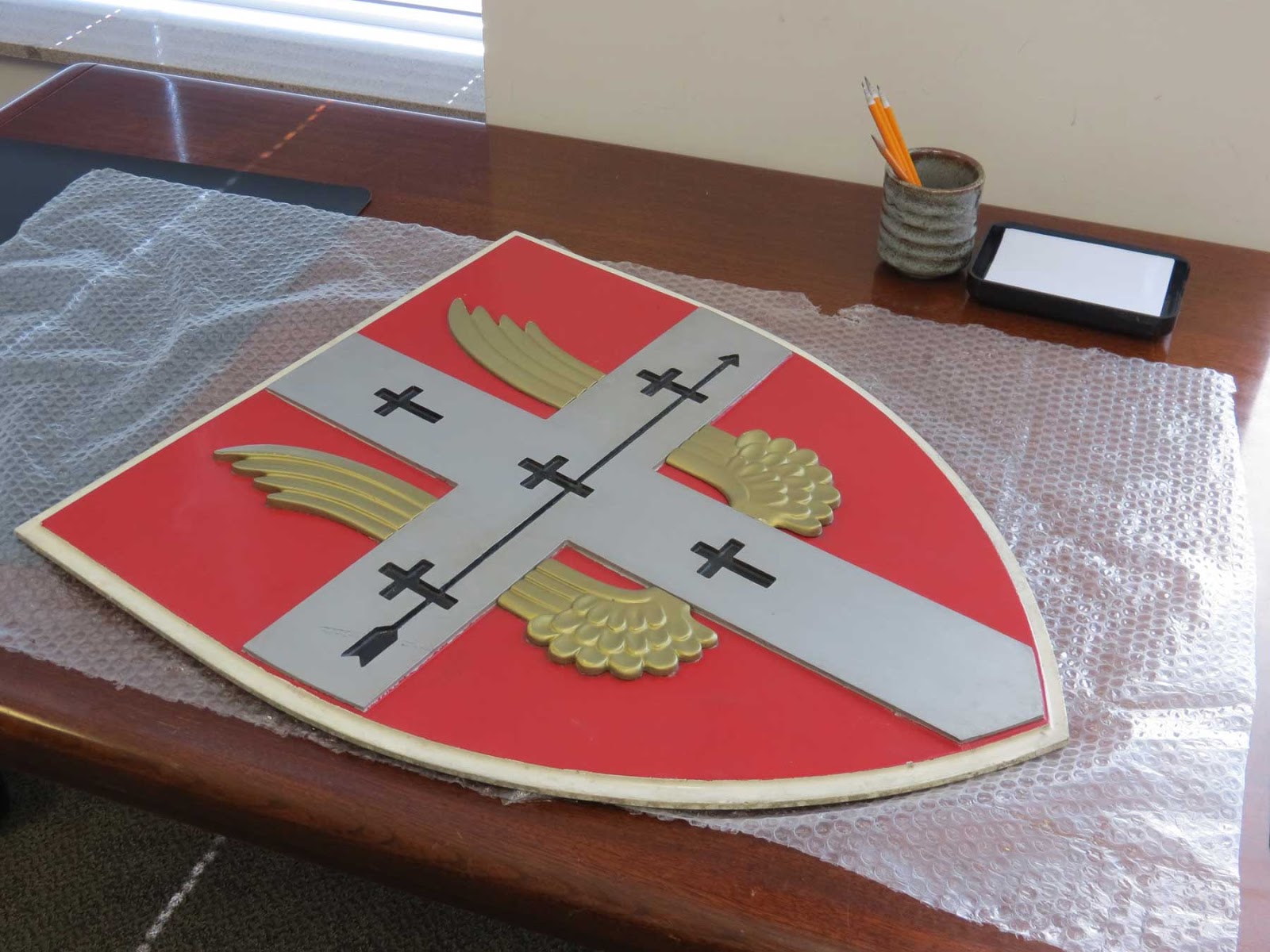 In 1984, G. Emmett Cardinal Carter asked the College of Arms in London to create new corporate arms that would strongly reinforce the image of St. Michael as the protector of Toronto.

Our current crest is therefore dominated by the diagonal spear of St. Michael, which overcomes and controls the dragon’s head, symbolic of the Devil. The rays of light at the upper end of the cruciform shaft also allude to the Archangel, whose light overcomes Lucifer.

A year ago, Thomas Cardinal Collins updated the coat of arms to include a mitre and more stylized shield. All archdiocesan communications now boast the new logo: 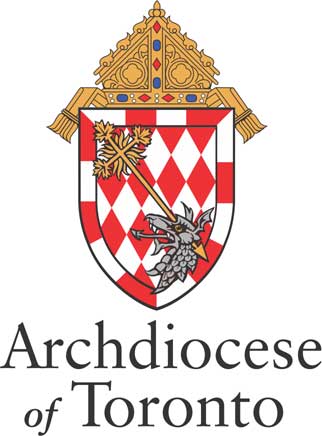 "Keep Calm and Archive On."
That was the theme of last week's Catholic Archivist Group conference in Niagara Falls, Ontario. The conference, which celebrated CAG's tenth anniversary, was held at the beautiful Mount Carmel Spiritual Centre overlooking the Falls.

We were extra excited because it was the first time that our entire ARCAT staff was able to participate.  The forty or so attendees included (arch)diocesan archivists and religious order archivists from across the country. It was wonderful catching up and exchanging ideas and initiatives with our colleagues.

ARCAT gave a presentation on our new website and this blog.

A special shout out to our own Gillian Hearns, who is the outgoing CAG Treasurer after serving a three year term.

Record of the Week: The Reinstatement of Scotland's Catholic Hierarchy

If you've been reading the news lately, you will have noticed some stories about Scotland. The news got me wondering what kind of records about Scotland we might have in the archives.

The most interesting item I found was this:

In 1878, Archbishop Lynch wrote a circular letter to the clergy asking them to read from the pulpit an Apostolic Letter of Pope Leo XIII which reestablished the Catholic Hierarchy in Scotland. For various reason, including the rise of Protestantism and the Scottish Reformation, there hadn't been a bishop in that country since the early 1600s. Though Catholicism remained in some areas, Scotland became heavily Protestant.

For more information about Christianity in Scotland, see here, here, here and here.
Posted by ARCAT at 16:26 No comments: