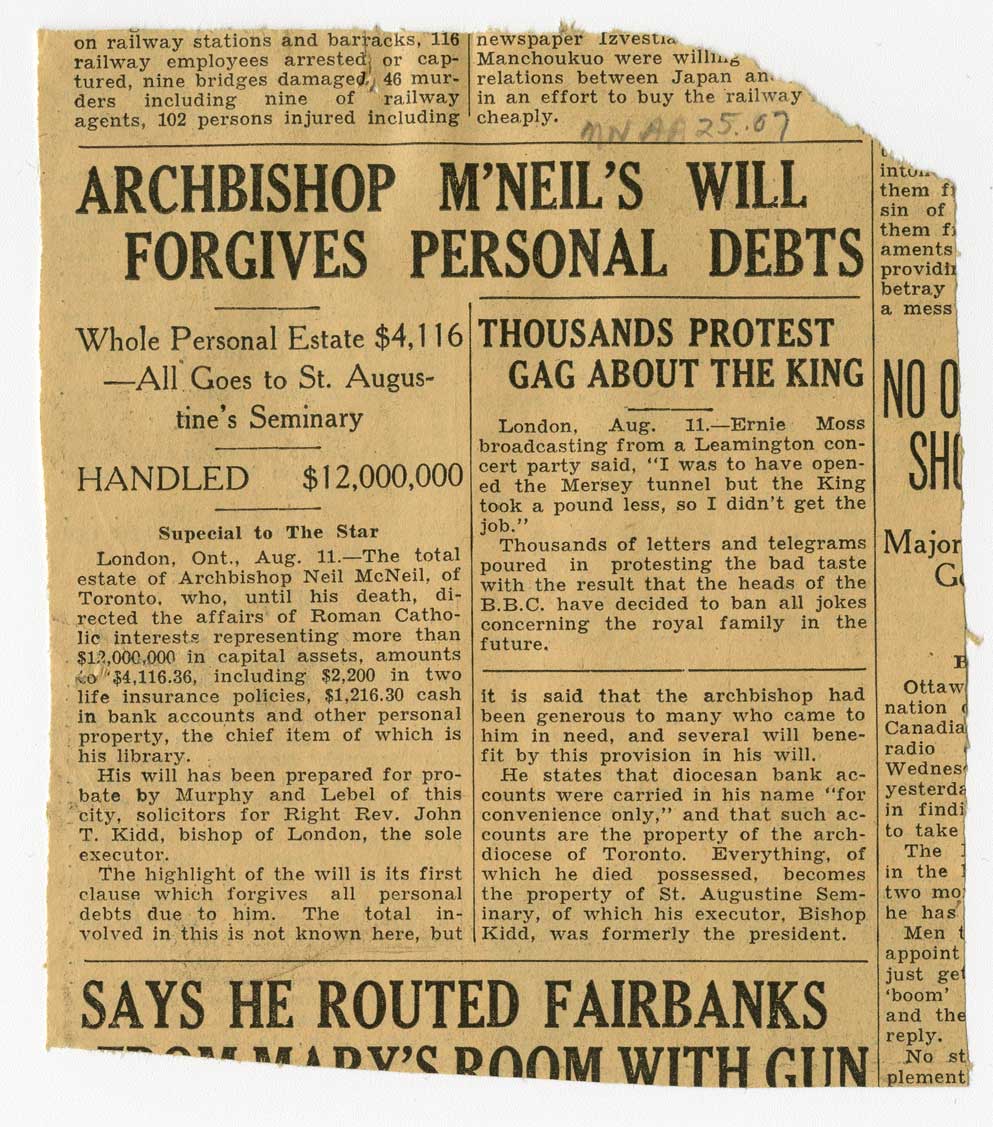 "His Grace did not abate one jot of the proud claims of his church. But he had no love for controversy and preferred to gain support for his views by the gentleness of his spirit rather than by the logic or even the justness of his position. His heart was set on obtaining a fair proportion of the corporation tax for the primary schools of his church and many who do not belong to his faith will regret that he did not live to see the realization of that fond desire. Pomp and ceremony and vestments were all about him on occasions, but his spirit was ever distinguished by meekness and humility. His amiable, modest, almost shrinking manner was that of one who would be the servant of all. He was a natural democrat and was revered by the whole priesthood. A lovable man, one of God's good men, who never was too busy or too burdened with cares to enlist in some new enterprise for the promotion of human welfare, his passing is a great loss to the city as well as to the world-wide communion that commanded his soul's loyalty."
Posted by ARCAT at 12:08