Record of the Week: the many parishes of St. Patrick

Today is St. Patrick's Day, arguably one of the most recognized feast days in popular culture.

Patrick is the patron saint and first bishop of Ireland who is celebrated for bringing Christianity to the pagan isle in the fourth century. St. Patrick's hagiography famously credits him with ridding the country of snakes and using the three-leafed shamrock to teach about the Holy Trinity. March 17th is the date of his death.

Here in the Archdiocese of Toronto, St. Patrick is the most popular parish patron with no less than eight eponymous churches. All of these parishes have roots in the nineteenth century, which is not surprising given the huge waves of Irish immigration to this area. The newcomers settled many rural villages and greatly boosted the Catholic population of Upper Canada, which necessitated the establishment of a new See - the Diocese of Toronto - in 1841.

Do you recognize these churches of St. Patrick?

And if you are feeling particularly Irish - or just craving carbohydrates - consider whipping up some Irish Bread, Irish Fruit Bread or Irish Soda Bread from this Centennial Recipe Book published by St. Patrick's Parish, Schomberg: 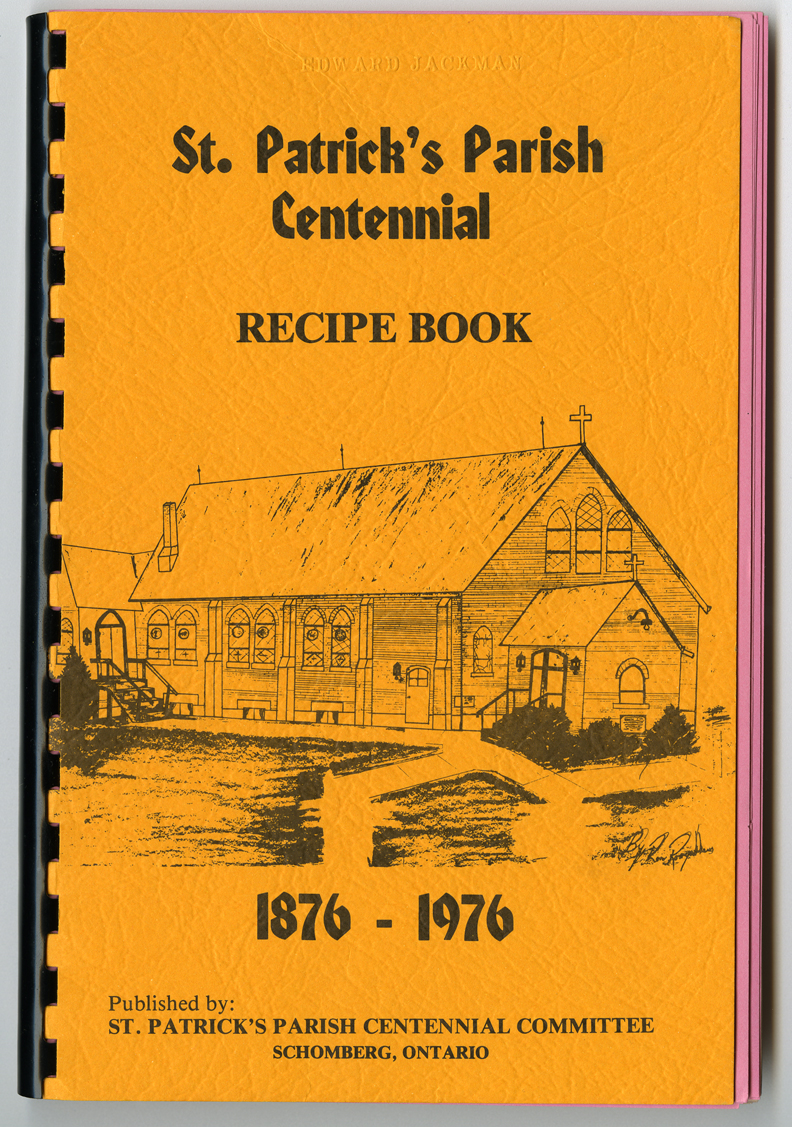 Read more about the assimilation of Irish Catholics in a recent Toronto Star article,"19th-century Toronto Irish immigrants a lesson in upward mobility" (14 March 2015).
Posted by ARCAT at 05:00