Record of the Week: Forwarding the Cause of Br. André

Saint André Bessette, C.S.C., is one of our country's most beloved saints. Commonly referred to as Brother André, he was a  member of the Congregation of Holy Cross. The French-Canadian was known for his strong personal devotion to St. Joseph, in whose name he administered to the sick. Br. André died in 1937 in the famous St. Joseph's Oratory in Montreal.

Tomorrow marks the 33rd anniversary of Br. André's beatification. We were surprised to find that our own Cardinal McGuigan played a small part in this first step towards sainthood. The Archbishop of Toronto was asked by the Vice-Postulator* to write to Pope Pius XII "asking him to introduce the cause of this Servant of God." Cardinal McGuigan complied with this request in 1946, although Br. André was not made Blessed until May 23, 1982. He was finally canonized in 2010 by Pope Benedict XVI.

*A postulator is one who is charged with furthering a cause for sainthood - making a judicial case for beatification and then canonization of an individual by gathering evidence of miraculous events attributed to the holy person. Postulators often authorize the issuing of relics of the venerable person. 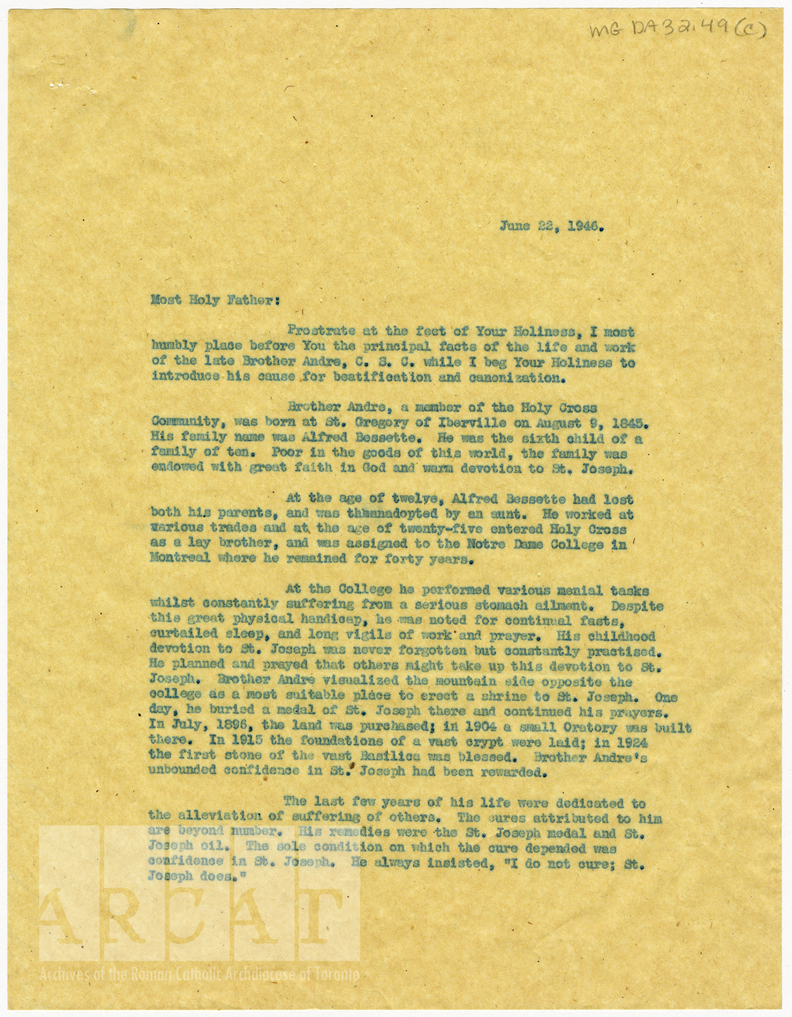