At 5:00 a.m. the morning of November 11,1918, an armistice agreement was signed between the Germans and Allied forces, who had been at war since 1914. The agreement, signed in a railroad car outside Compiégne, France, was to put an end to "the war to end all wars" until a peace treaty could be ratified.

Here in the archives we have a letter written on this historic day.
﻿﻿﻿﻿﻿ 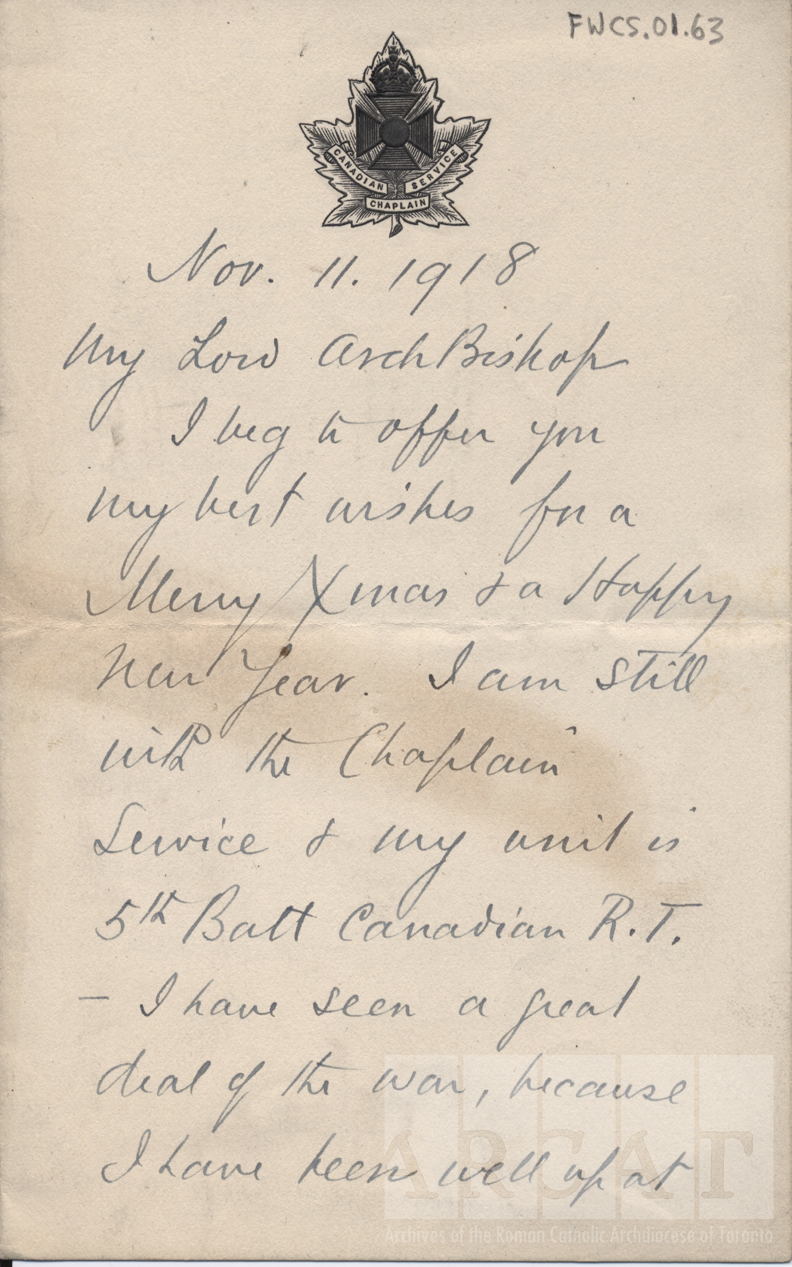 The letter is written to Archbishop McNeil from Reverend Edward Hawks. Reverend Hawks was a British-born Canadian serving in the Archdiocese of Philadelphia. He returned to Canada during the war to become a chaplain in the Canadian army.

And yet, Reverend Hawks writes that there is a rumour spreading through his battalion of an immediate armistice.

We know now that it was no rumour at all. On the 11th hour on the 11th day of the 11th month of 1918, the armistice agreement signed earlier that day went into effect. All battles on the Western Front were to cease. The Great War had ended.

Now, every year on November 11th we observe Remembrance Day. On the 11th hour of the 11th day of the 11th month, we hold a moment of silence to pause and reflect on the sacrifices made -- in this war and the wars that followed.

This weekend our thoughts are with all the men and women who have served our country during times of war, conflict and peace.