At the end of November, one of our archivists visited Montreal for some professional development. It was a little too early for all the Christmas events and markets, which was unfortunate because Montreal is a festive place to be during the winter season.

Undeterred, our stalwart staff member was determined to gather some Catholic Christmas souvenirs for this blog post and here are the results:

A year ago, The Michal and Renata Hornstein Pavilion for Peace opened at the Montreal Museum of Fine Arts to mark the beginning of the city's 375th anniversary. Housed within is a major donation of Old Masters by the eponymous benefactors, which includes many paintings of the Madonna and Child, the Holy Family, and the Nativity.

Keeping with the theme of the Holy Family, the next stop was St. Joseph's Oratory, the largest shrine in the world dedicated to Canada's patron saint. 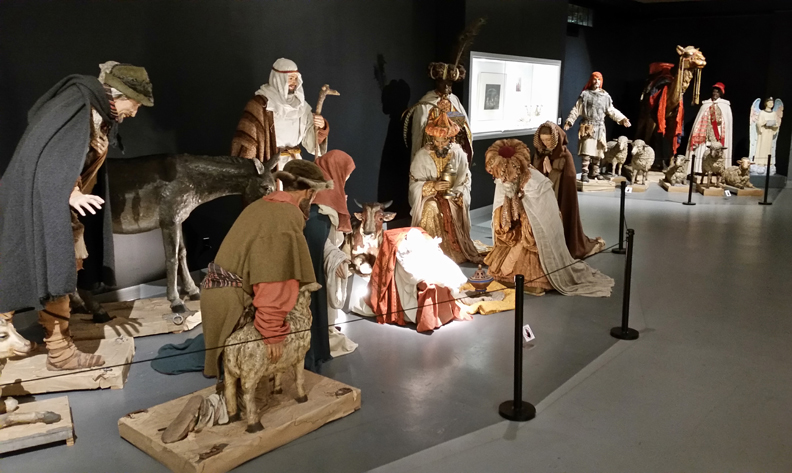 Finally, right beside the Montreal Central train station, some Christmas lights had just gone up at Cathédrale Marie-Reine-du-Monde. When it was inaugurated in 1894, Montrealers could proudly boast that they had the only replica of St. Peter's Basilica in North America.

And on that Christmassy note, it was time to bid adieu to the City of a Hundred Steeples and catch the train for Toronto.