Record of the Week: A Representative of the People

Toronto's municipal elections are coming up on Monday, and we thought we'd look to see what Toronto's mayors had written to Toronto's bishops. We found a nice letter to Bishop de Charbonnel from 15th mayor Sir Adam Wilson, who took office in 1859.

Toronto's first mayor, William Lyon Mackenzie, was appointed in 1834 when the city was incorporated. Wilson was Toronto's first mayor elected by popular vote. Prior to that, citizens in each ward voted for aldermen, who then chose a mayor from their group. From 1859 to 1867 and from 1874 onwards the public voted directly for the city leader.

Wilson served as alderman for St. Patrick's Ward from 1855. In his late 1858 election platform he advocated, among other points, "to oppose by all legitimate means the pernicious system of corruption and bribery which has prevailed so extensively at all our city elections," and to "strictly enforce the law which excludes all city contractors and other disqualified persons from the City Council." With newspaperman George Brown he spoke against previous governments who were influenced by the money of 'big business.' Wilson's letter to Bishop de Charbonnel expresses his hope to serve the people during his mayoral term: 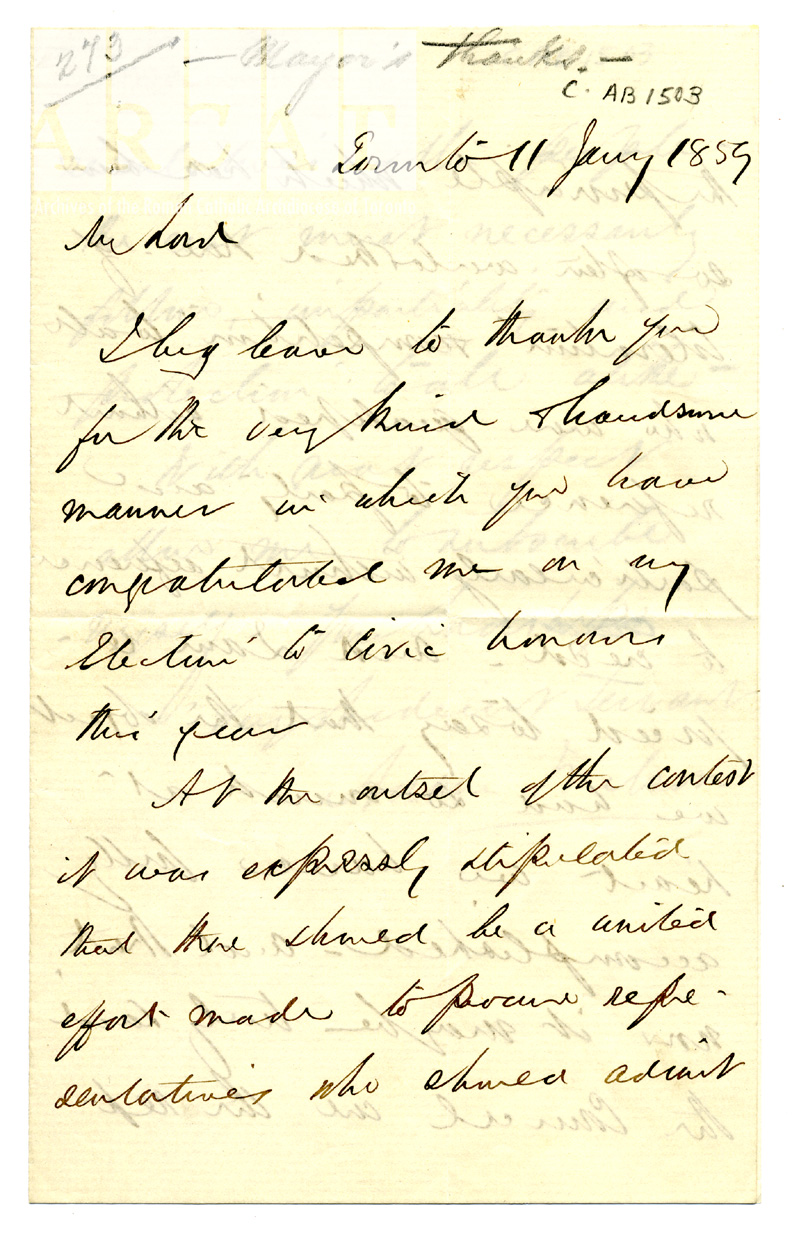 Wilson was proud that his council was "of the people." After he was declared mayor, he said, "[I acknowledge] the electors for the very large majority which they [have] given me." Voters in his time were male landholders, but a lot more people are eligible now. If you're one of them, make sure you get out there! It's the best way to make sure that the mayor and his council truly represent the citizens of the city.