"There is scarcely a single form of charitable activity existing in America at the present time that was not successfully undertaken by St. Vincent in France three centuries ago."

The Archdiocese of Toronto has shared St. Vincent de Paul's charitable spirit from its founding when Bishop Power and the Loretto Sisters risked their lives to help the sick and poor Irish immigrants.

Since then there have been too many charitable endeavours in our history to cover in one post, so this week we are highlighting the particular organizations and places in the Archdiocese under the patronage of St. Vincent de Paul.


The Society of St. Vincent de Paul is a lay organization formed under the direction of Blessed Frederic Ozanam in 1833. The society is inspired by the words and deeds of its patron saint, developing programs, distributing resources, and advocating for those in need. The Toronto Council was established in the 1850s, and continues to offer thrift stores, residential housing, and programs such as sending children to summer camp and prison and home visitations.


St. Vincent's patronage has also been present in the Archdiocese through the works of the Congregation of the Mission (also known as the Vincentian Fathers). The order was founded by St. Vincent de Paul in 1625, and our very own Archbishop Lynch was ordained as a Vincentian in 1843. Like St. Vincent, Archbishop Lynch cared lovingly for Toronto's poor, who were often Irish Catholics.

Archbishop Lynch remained in close contact with his Province after leaving for Toronto. The following letter was written to Archbishop Lynch after he was named Bishop of Toronto in November 1859:
﻿﻿

After Archbishop Lynch's death, the Vincentian Fathers would not return to the Archdiocese until 1933 when they would administer different parishes in Toronto. The Slovenian Vincentians continue to be present in the Archdiocese, administering the parishes of Our Lady Help of Christians and Our Lady of the Miraculous Medal.

"We ought to deal kindly with all, and to manifest those qualities which spring naturally from a heart tender and full of Christian charity; such as affability, love and humility"

Give the gift of a Papal Blessing

Having a difficult time coming up with a wedding or birthday gift? Are you attending a baptism, first communication, or confirmation soon? You can celebrate these special occasions by gifting the recipient a Papal Blessing.

A Papal Blessing, or "Benediction Papalis", is a meaningful way to commemorate a moment in your or your loved one's life. While the blessing itself is invisible to the eye, it is memorialized in a parchment certificate containing the name(s) of the recipients, the papal seal, and the current Pope's photograph. These one of a kind parchment certificates are hand-painted and can be kept for years to come.


The Catholic Information Centre (also known as the Paulist Ministry Centre) was dedicated and opened in 1958 under the direction of Fr. Francis Stone, C.S.P. It was occupied by the Paulist Fathers until they returned back to the United States in June 2015.

This Papal Blessing was granted in 1964 and features a photograph of Pope Paul VI. Note the beautiful hand-painted details: 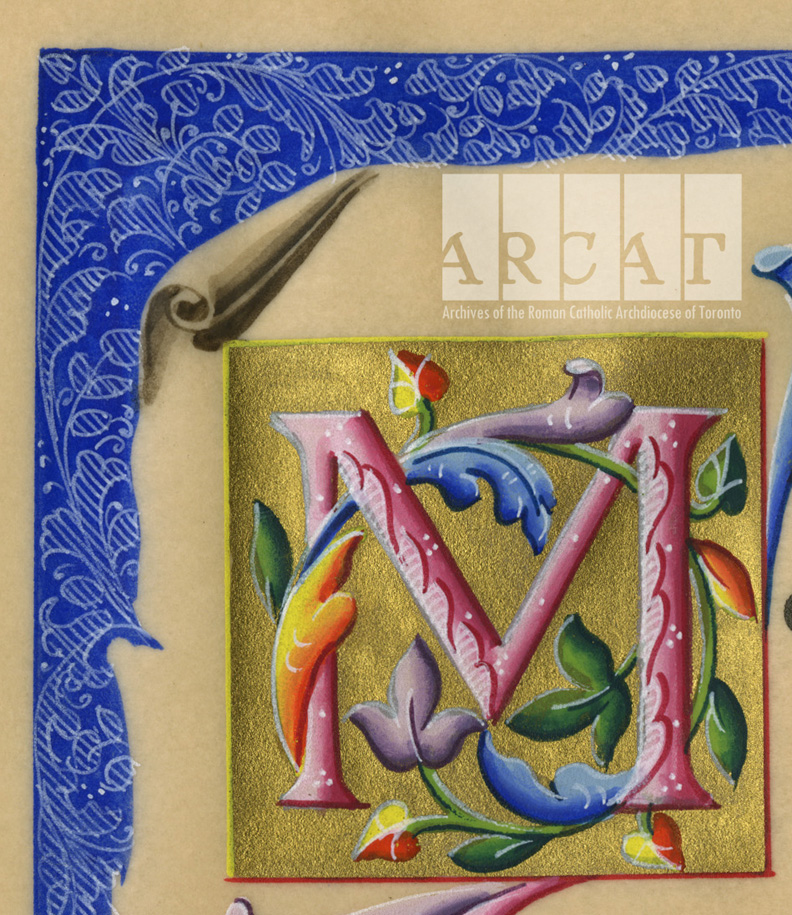 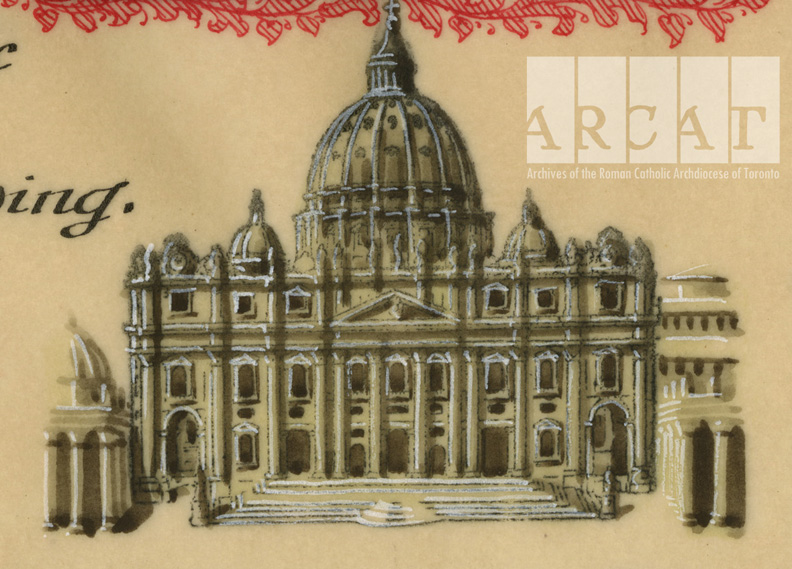 For more information on how to request a Papal Blessing, click here.
Posted by ARCAT at 09:37 No comments: