Aloysius Matthew Ambrozic was born in Gaberje, Slovenia on January 27, 1930. In September of 1948 he and his family emigrated to Canada where he studied philosophy and theology at St. Augustine's Seminary. On June 4, 1955, he was ordained priest by Cardinal McGuigan in St. Michael's Cathedral.

On January 18, 1998 Pope John Paul II nominated Archbishop Ambrozic a Cardinal, and he was elevated to the College on February 21.

Cardinal Ambrozic retired as Archbishop of Toronto on December 16, 2006. He passed away on August 26, 2011 and was interred in the Bishops’ Mausoleum at Holy Cross Cemetery, Toronto. 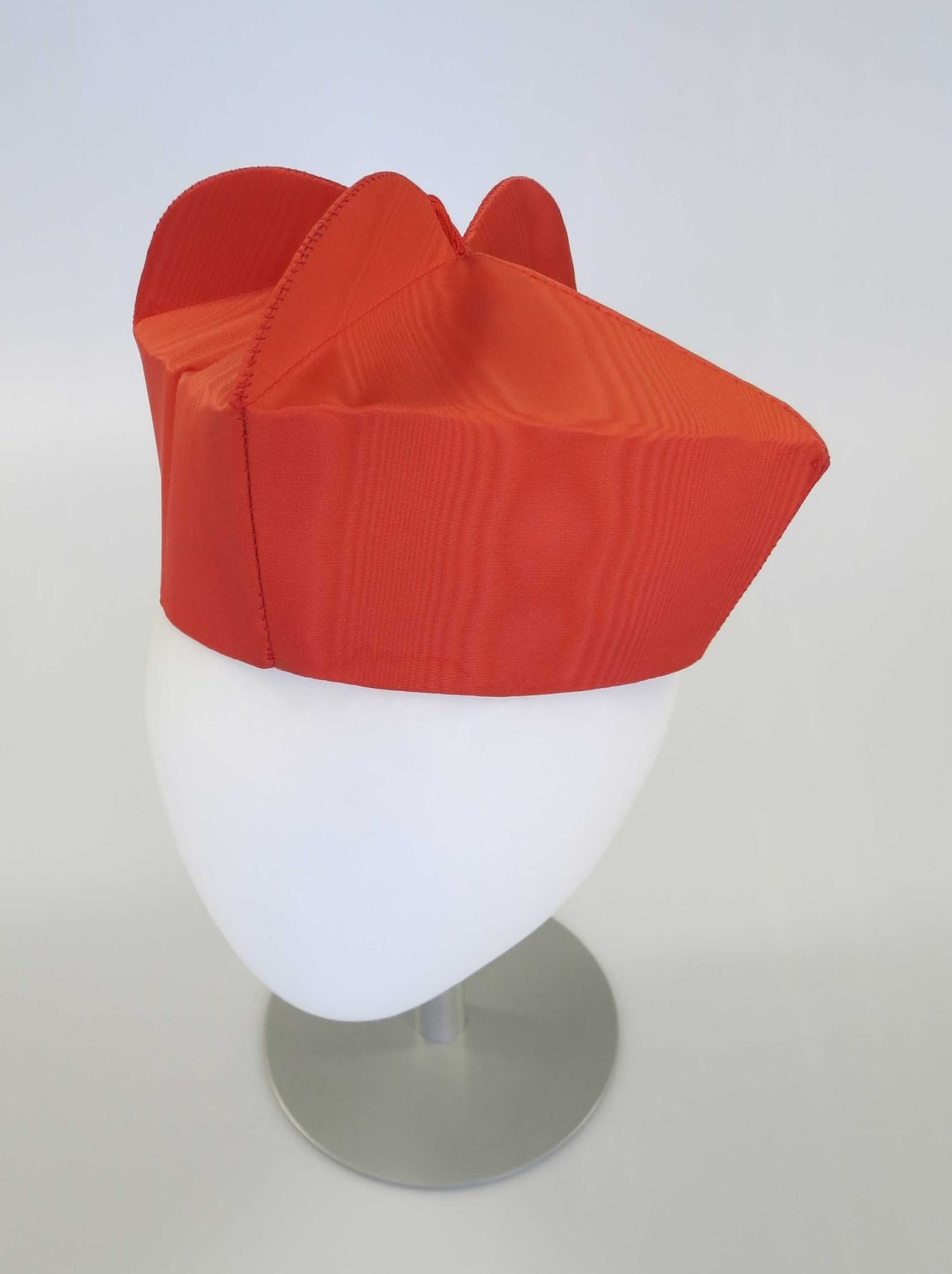 ARCAT holds the above biretta (displayed on our nifty head model) owned by Cardinal Ambrozic. Birettas are worn by clergy from Cardinals to Seminarians, and are thought to have been derived from academic caps of the middle ages. The clerical biretta has three peaks, and is always worn with the non-peaked corner facing left so that the wearer can grab the middle peak with his right hand.