Today, St. James Anglican Cathedral in Toronto opens a new exhibit to mark the centenary of the Great War.  Called to Serve presents records and artifacts from chaplains of numerous faiths serving Canada's military from the nineteenth century to present day.

ARCAT contributed photographs to the exhibit, including the image on the poster below. 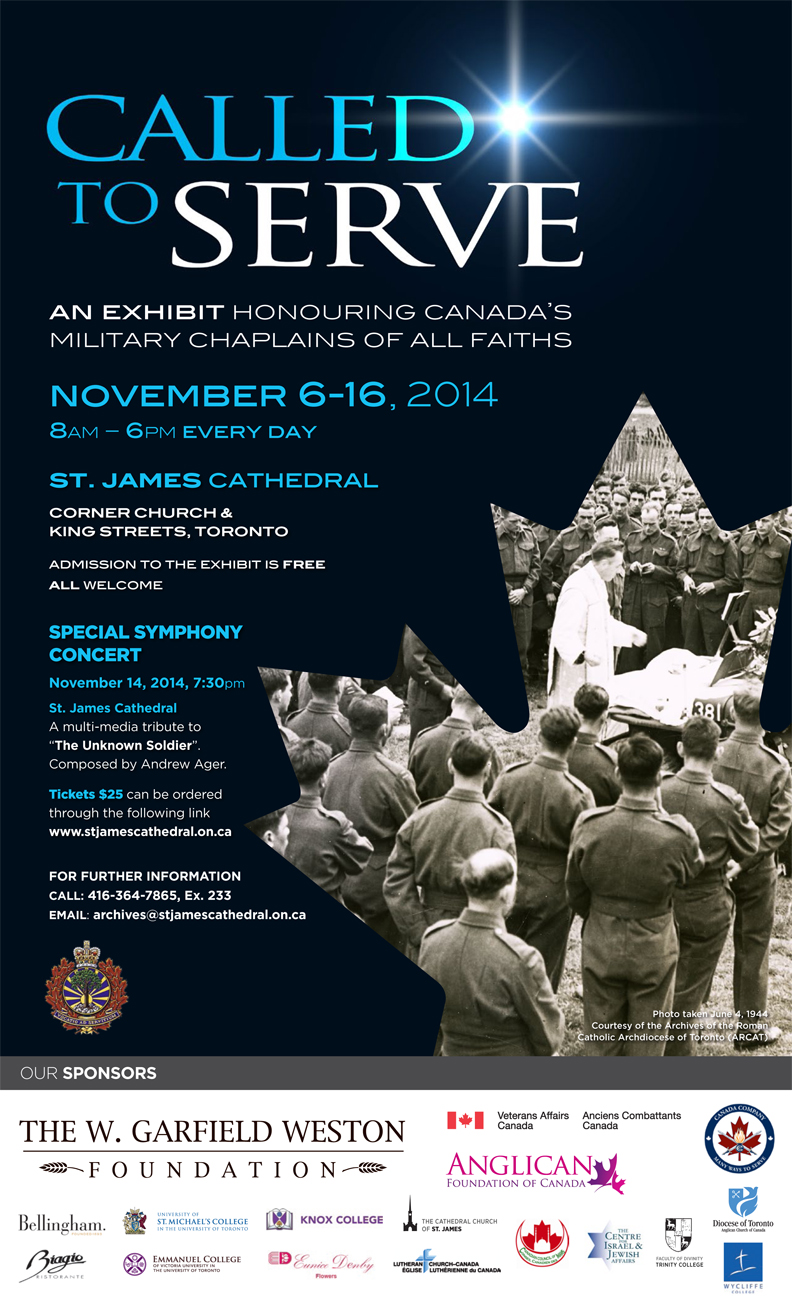 According to the media release:


"The first ever of its kind in Canada, this exhibit will chronicle and pay tribute to the
brave service of the padres who donned battle dress and joined members of the armed
forces on the front lines of past wars and still walk with them today in regions of armed
conflict and natural disasters. Unarmed and often working alongside medical field
personnel, chaplains lend spiritual support to fighting troops, comfort the wounded and
bereaved, console the dying and provide dignified burial for the dead. They also care
spiritually for the families of military personnel.

"Reaching back into history, the comprehensive display will chronicle the Canadian
chaplaincy’s evolution from its largely Christian origins before the Boer War to the
inclusive multi-faith mosaic of men and women it is today. Called to Serve will tell its
powerful story through photographs, paintings, press clippings, posters, letters, poems,
uniforms, insignia, embroidery, liturgical apparel and artifacts, as well as testimonies
from across generations and across the land."

If you are looking for a unique way to observe Remembrance Day, stop by this unprecedented (and free!) exhibit in the heart of Toronto from now until November 16th.