Record of the Week: A letter from the firing line

Today is Remembrance Day and we have chosen a record from the First World War to commemorate 100 years since the beginning of that great conflict.

ARCAT has a series of letters written to Archbishop Neil McNeil from a Toronto soldier with the 3rd Division of the Canadian Expeditionary Forces. Gunner Gilbert Sim had been studying for the priesthood before enlisting in 1915.  Periodically, Sim wrote to the archbishop of the conditions in the trenches, asking for His Grace's remembrance and blessing: 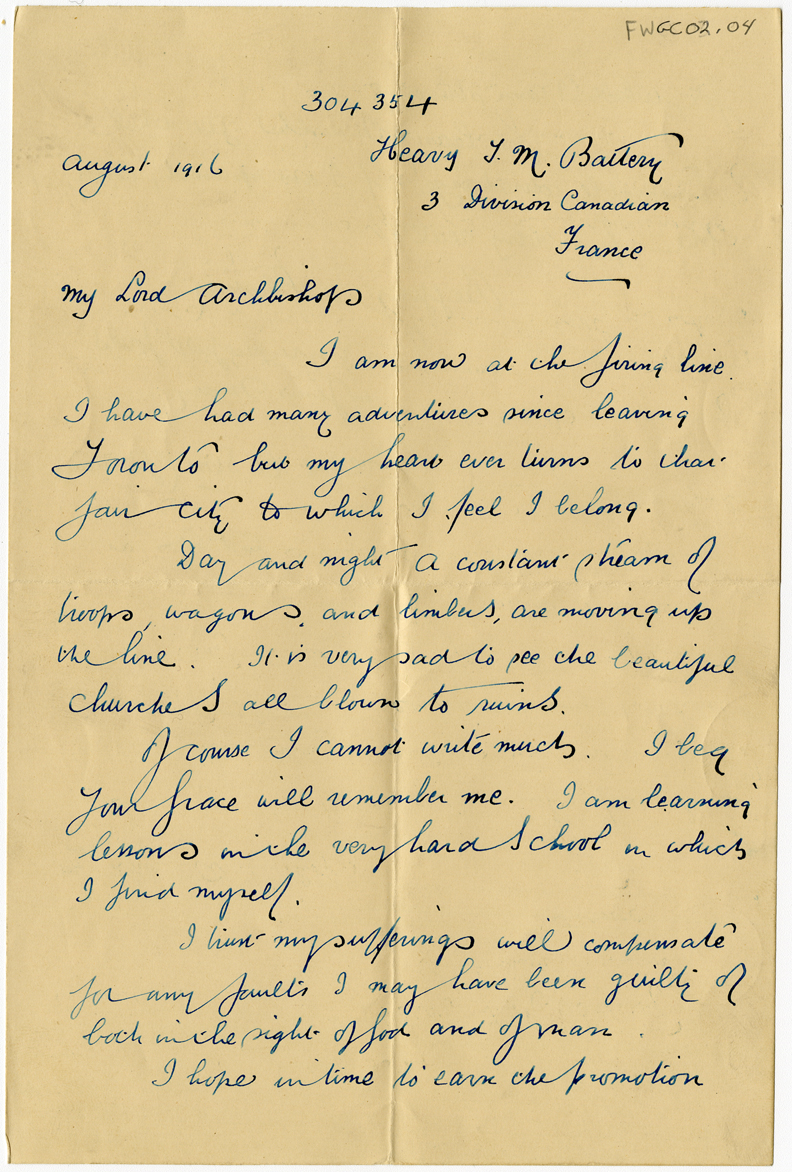 After being in action during the Battle of Arras, the storming of Vimy Ridge, and the taking of Passchendaele, Sim wrote of his desire to be discharged.  He wanted to continue his clerical studies in order to return to the front as a military chaplain.

You can see Gilbert Sim's personnel records on the Library and Archives Canada website, and search the digitized records of soldiers of the First World War.

Archbishop Neil McNeil was the ordinary of Toronto during the Great War and he is known for defending the Pope's neutral position.  McNeil is also credited with delivering one of the war's shortest patriotic speeches to a Toronto regiment about to be deployed.  At the non-denominational meeting he simply said:


“You are tired and anxious to spend these last hours with your friends and I will not keep you long.

If I were a young man I would be going with you. But I am an old man and must stay home.

Keep yourselves physically fit to fight and spiritually fit to die. God bless you.”*